Fans of European basketball will get some extra international flavor in the next two weeks with a total of six Turkish Airlines Euroleague and Eurocup clubs taking part in 10 preseason exhibitions in six countries on four continents over that period. The majority of those games mark another opportunity to see the world’s top two basketball leagues, the Turkish Airlines Euroleague and the NBA, unite in preseason exhibitions on both sides of the Atlantic Ocean.

The collaboration between Europe’s and America’s best can be seen first in a pair of games over the weekend as part of the NBA Global Games. On Saturday, October 5, Fenerbahce Ulker Istanbul hosts the Oklahoma City Thunder in an exhibition presented by Garanti. The game at the Ulker Sports Arena marks the second year in a row that Fenerbahce hosts an NBA side. In fact, it takes place exactly one year to the day that Fenerbahce Ulker defeated the Boston Celtics in the former’s first ever game against an NBA foe. The Fenerbahce faithful is certain to give a warm welcome to Thabo Sefolosha, who played for the club two years ago. Oklahoma City also features three-time NBA scoring champ Kevin Durant and 2011 Eurobasket champion Serge Ibaka of Spain.

The following day, Sunday, October 6, action swings to Spain, where Bilbao Basket welcomes the Philadelphia 76ers to Bizkaia Arena BEC, the largest hall in the country. This game is sponsored by BBVA. For the host club, which reached the Euroleague playoffs in 2012, it will be the maiden foray into international friendly games of this kind.

These games, as well as the Euroleague American Tour 2013 starring CSKA Moscow, continue a tradition of friendly competition between Euroleague and NBA teams. Since 1978, when Maccabi Tel Aviv welcomed the Washington Bullets to Tel Aviv, Israel, dozens of teams have crossed the ocean from each side to continue growing the game of basketball.

In addition to the aforementioned appearances in the NBA Global Games, the Euroleague Basketball World Tour also sees Real Madrid visiting China to play the Beijing Ducks and Euroleague champion Olympiacos Piraeus in Brazil for two games as part of the revived Intercontinental Cup.

For tickets please visit the link below: 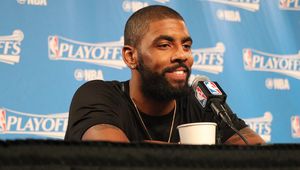